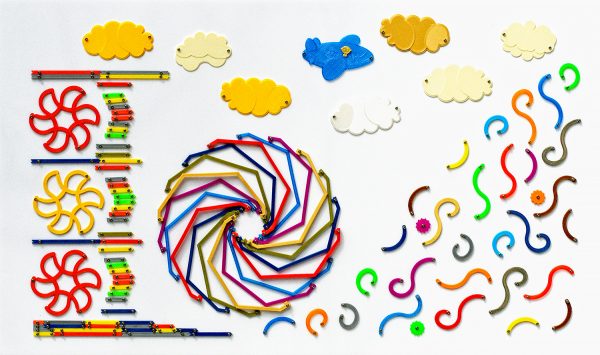 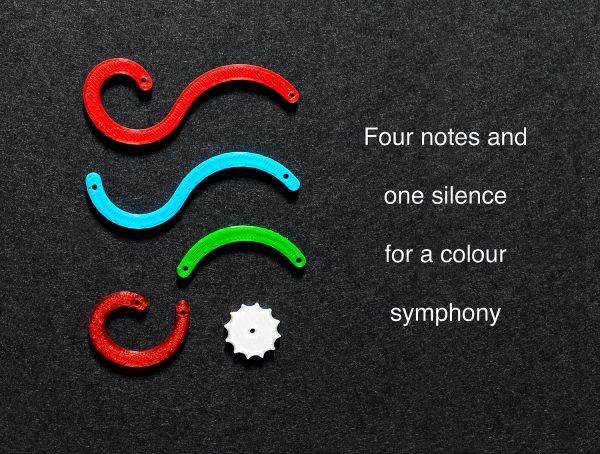 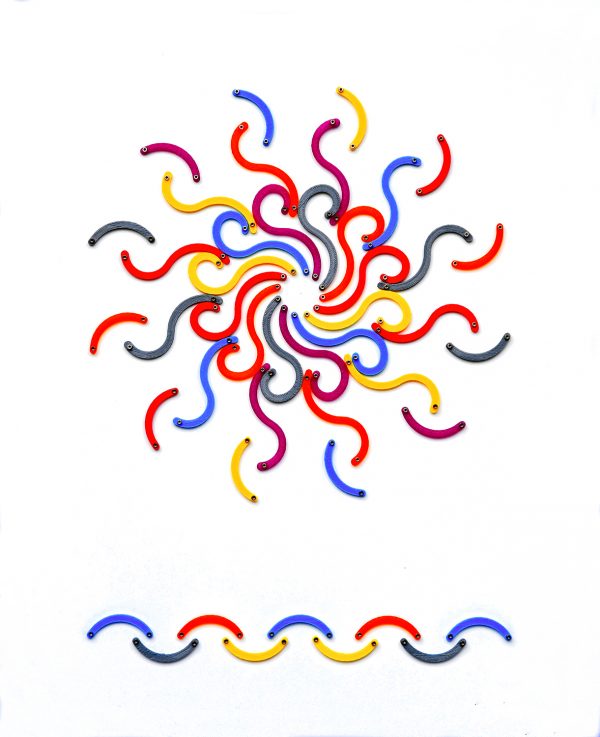 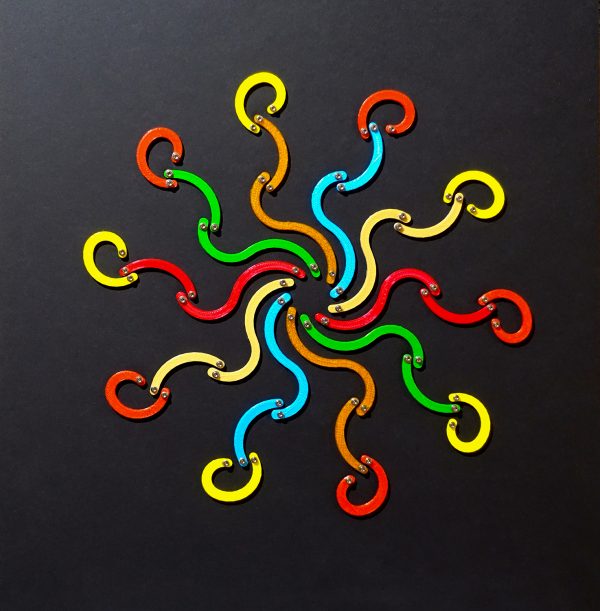 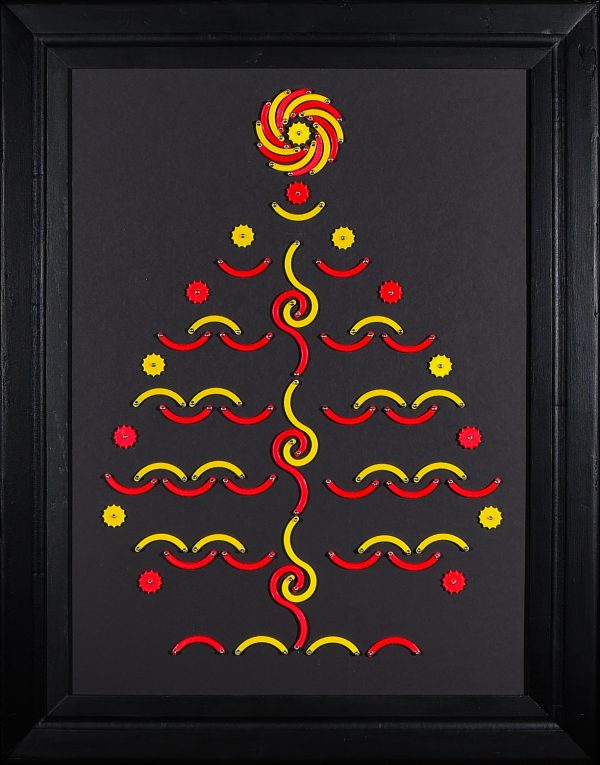 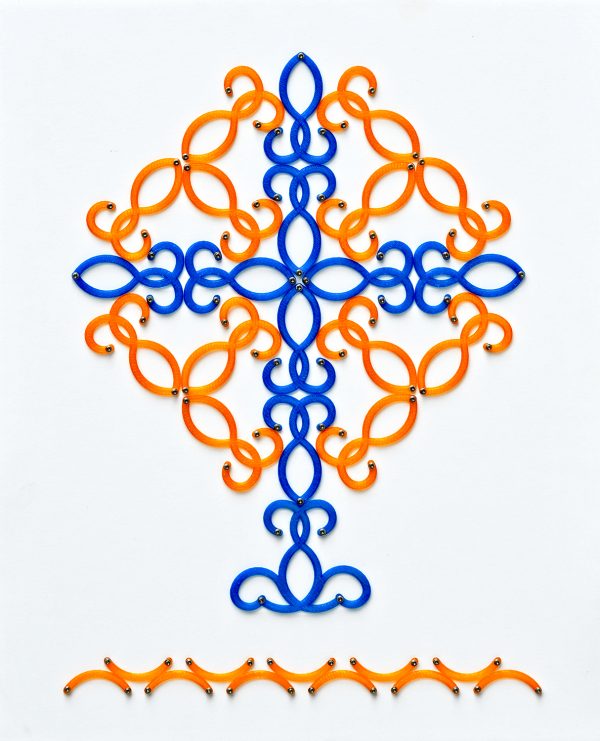 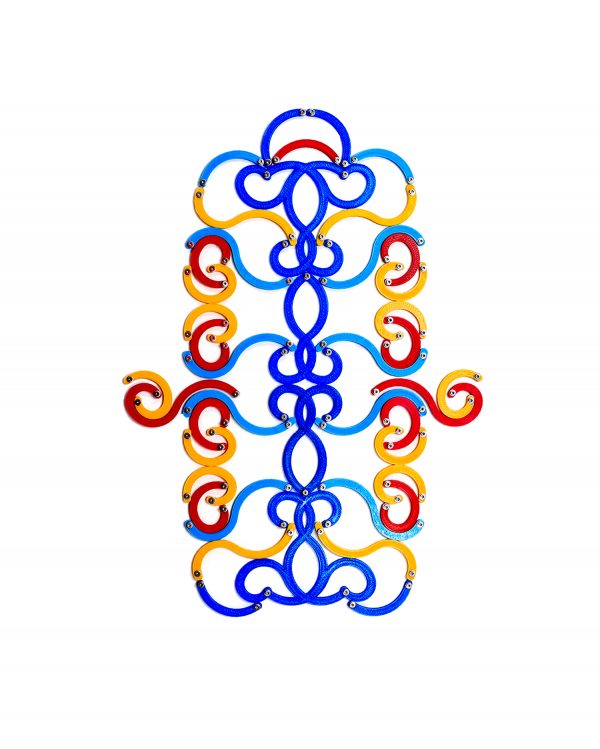 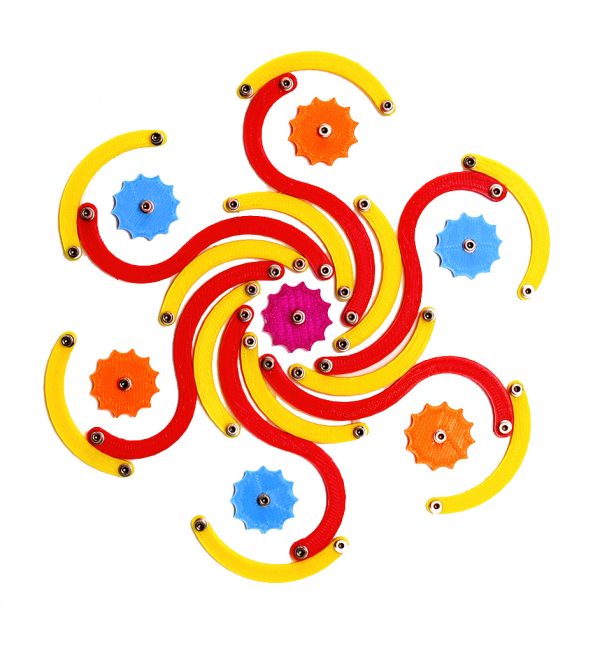 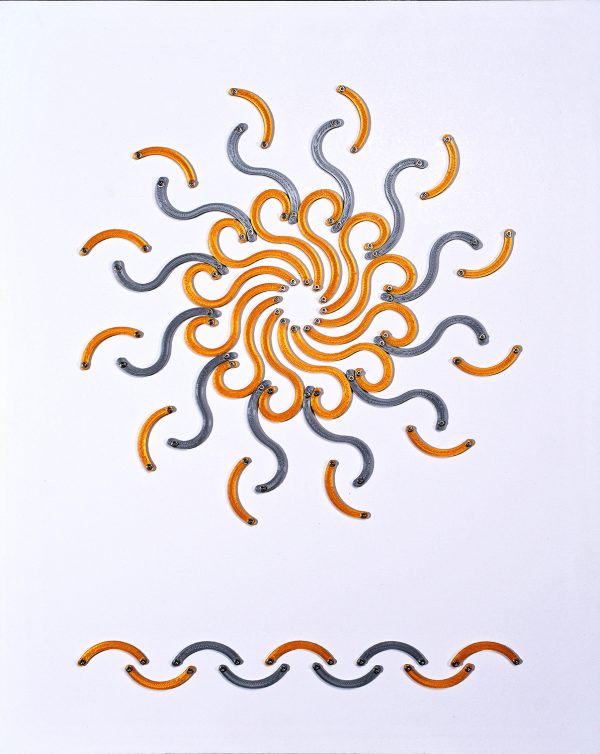 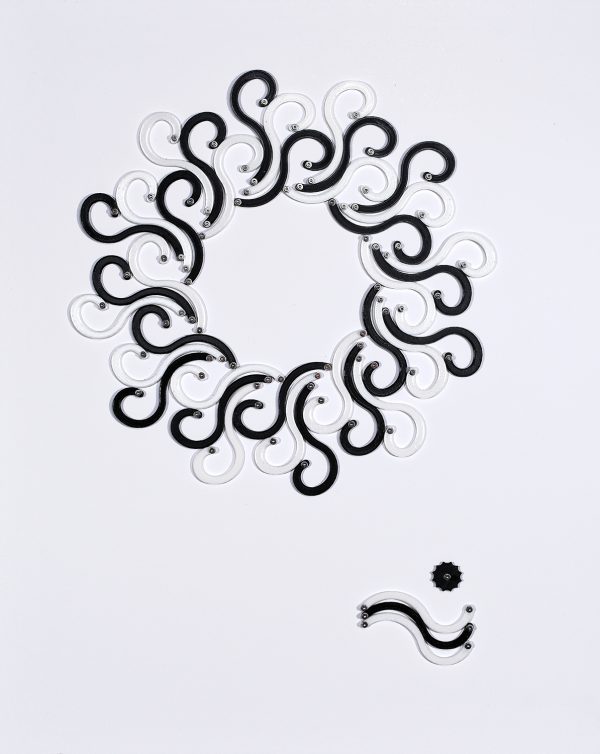 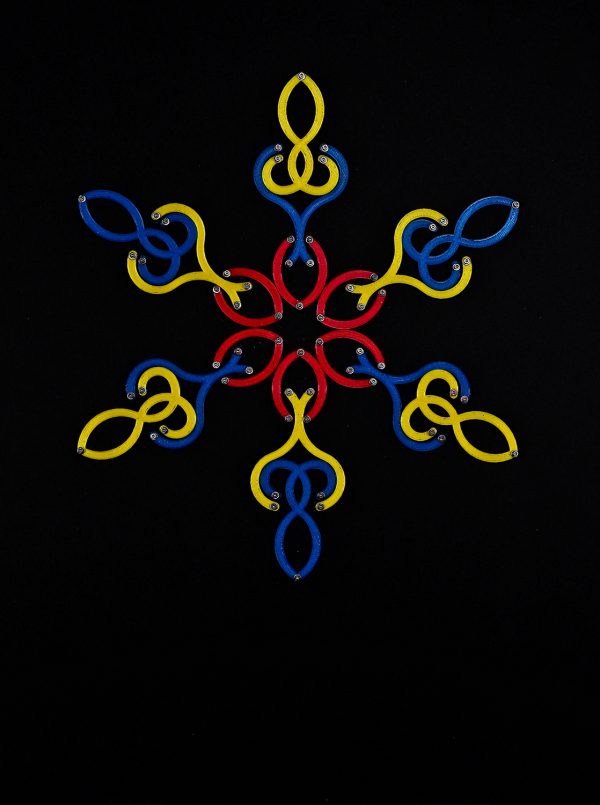 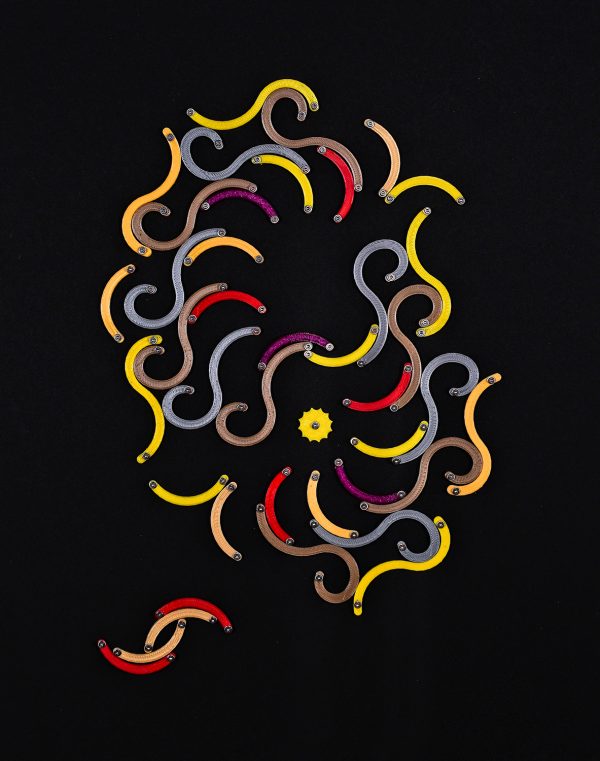 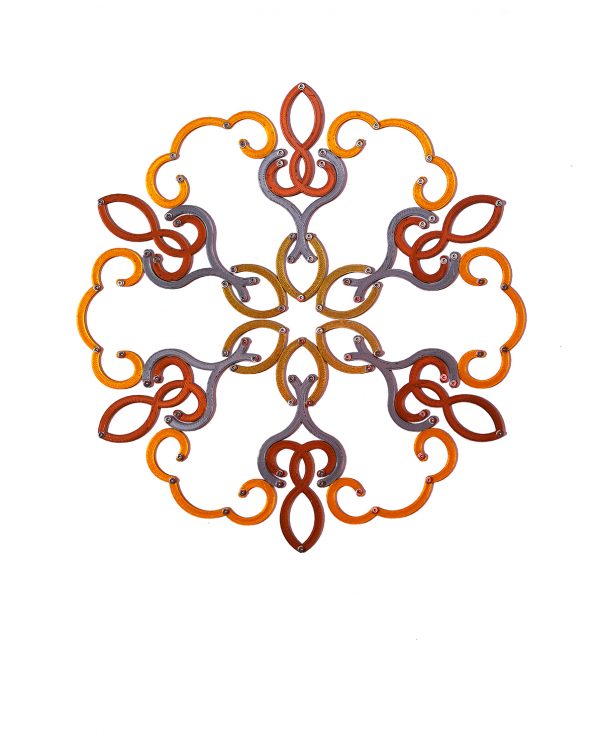 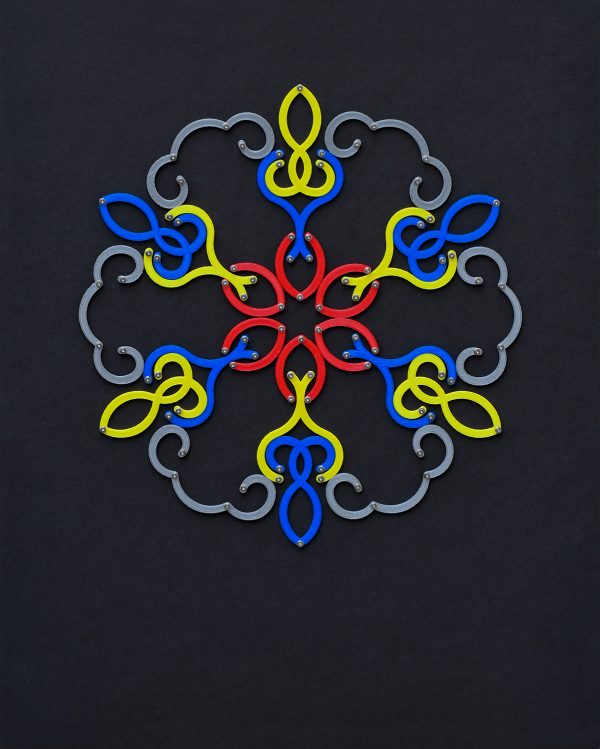 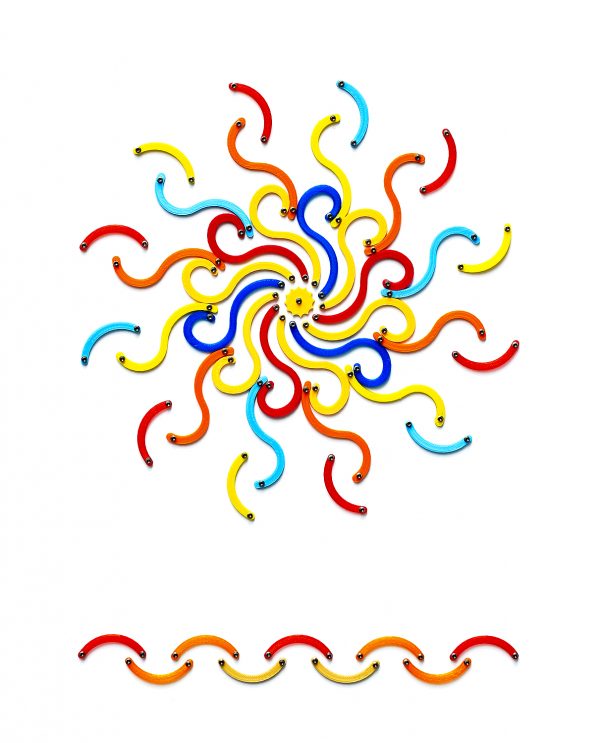 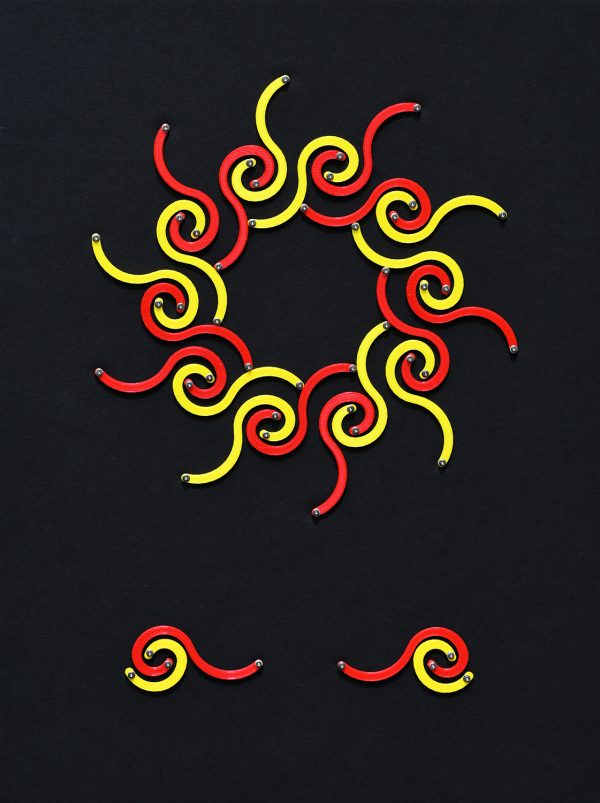 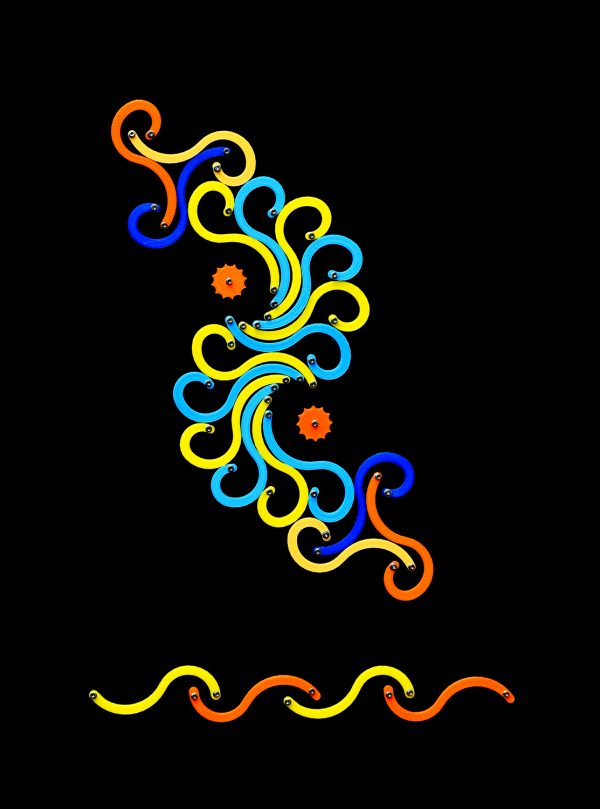 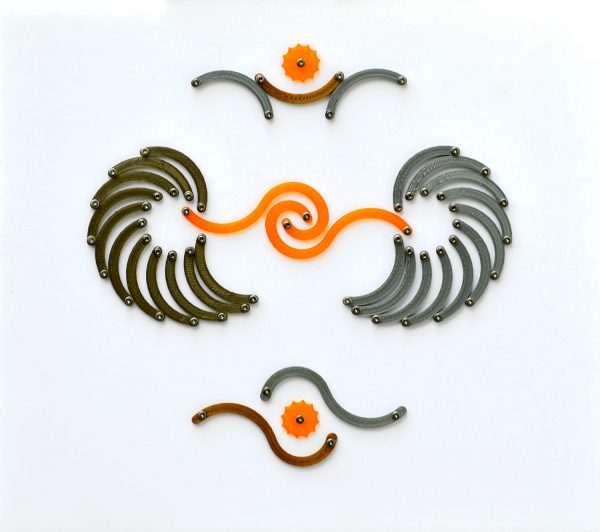 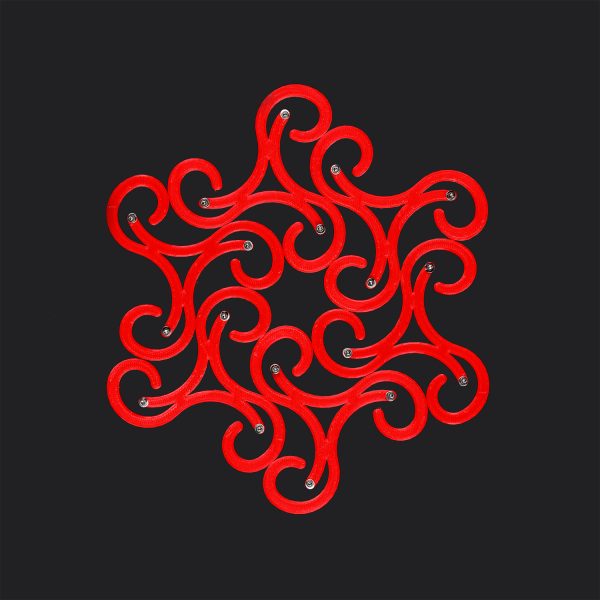 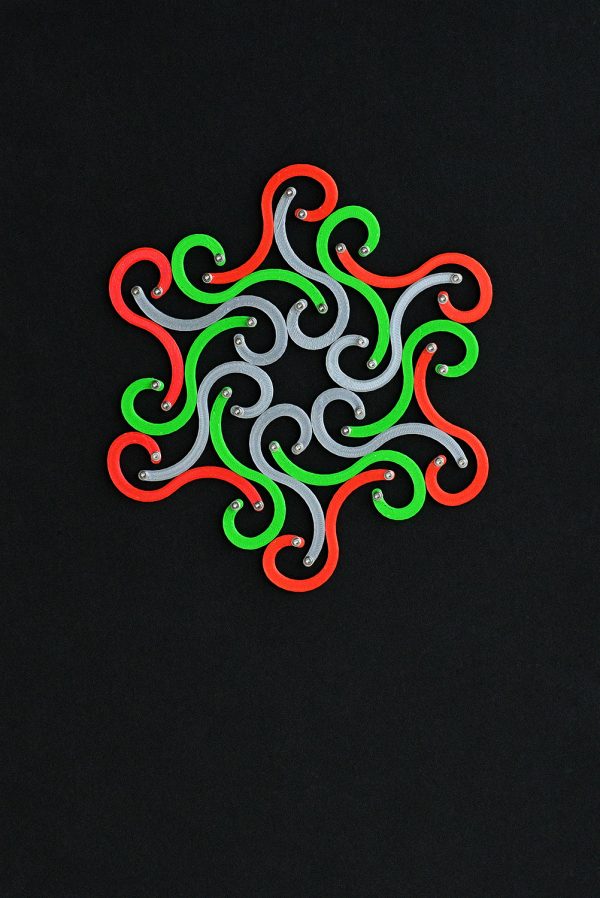 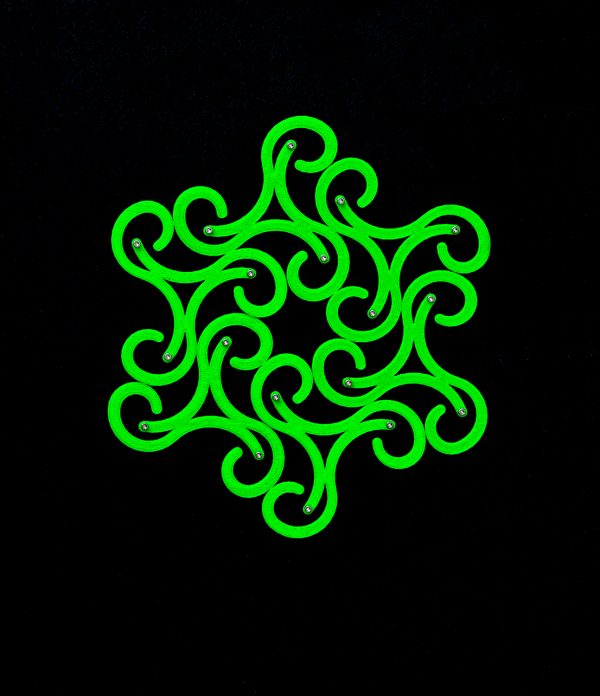 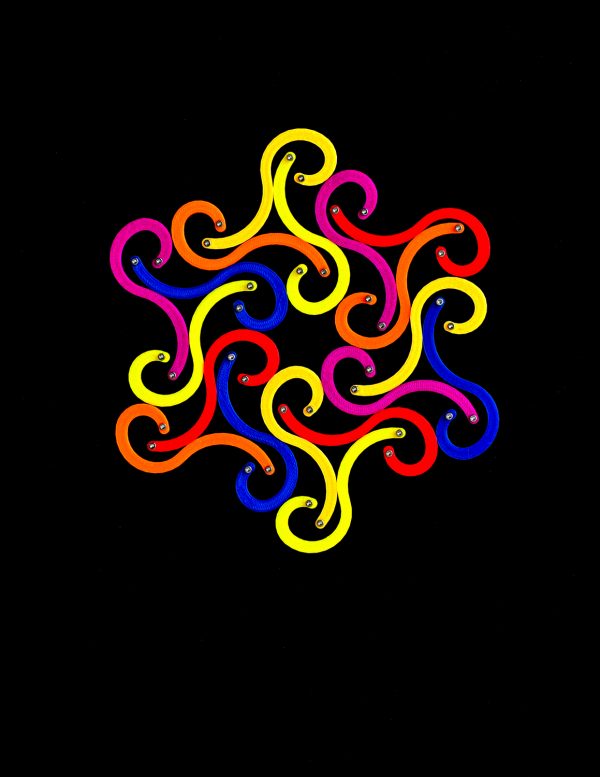 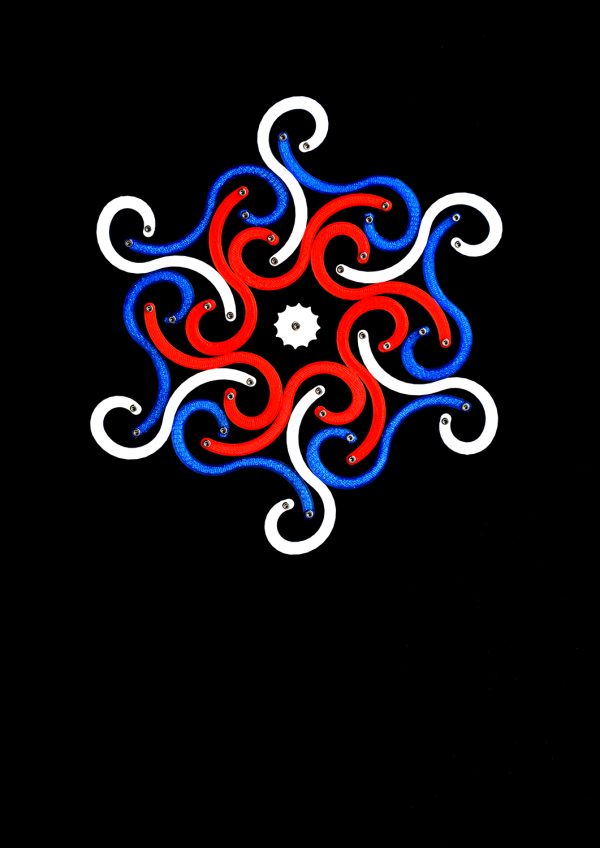 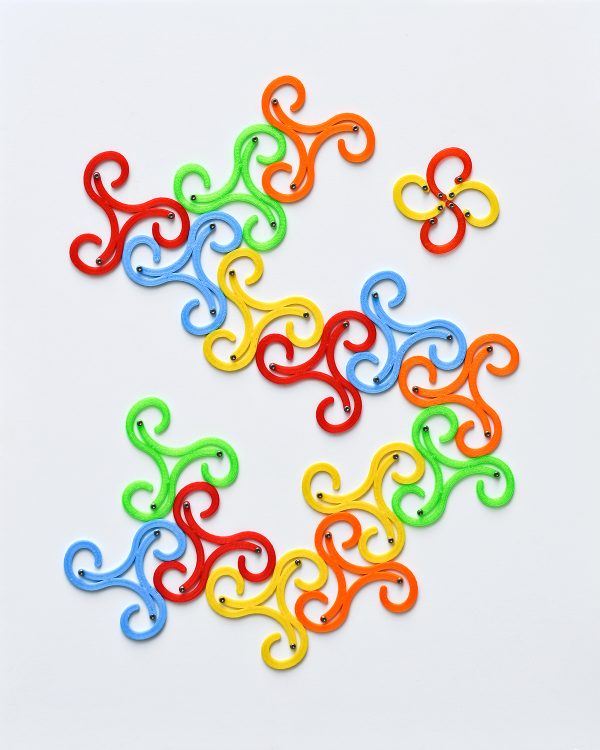 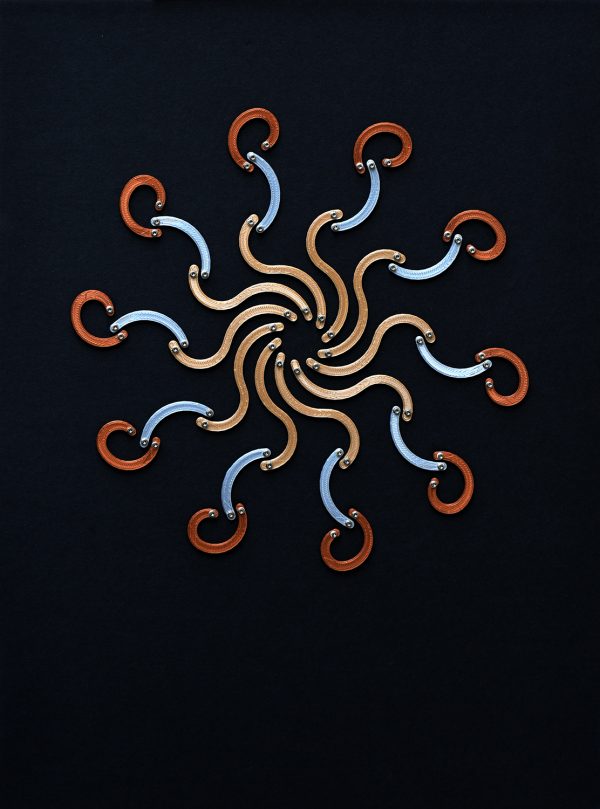 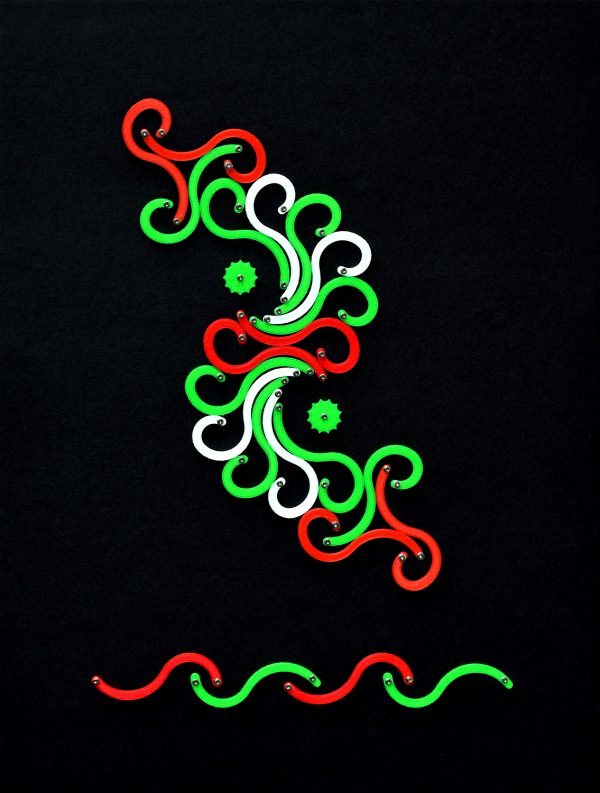 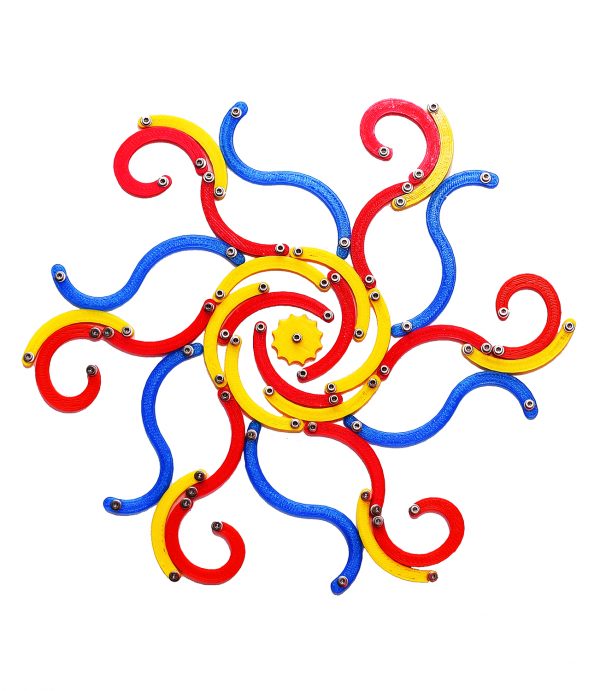 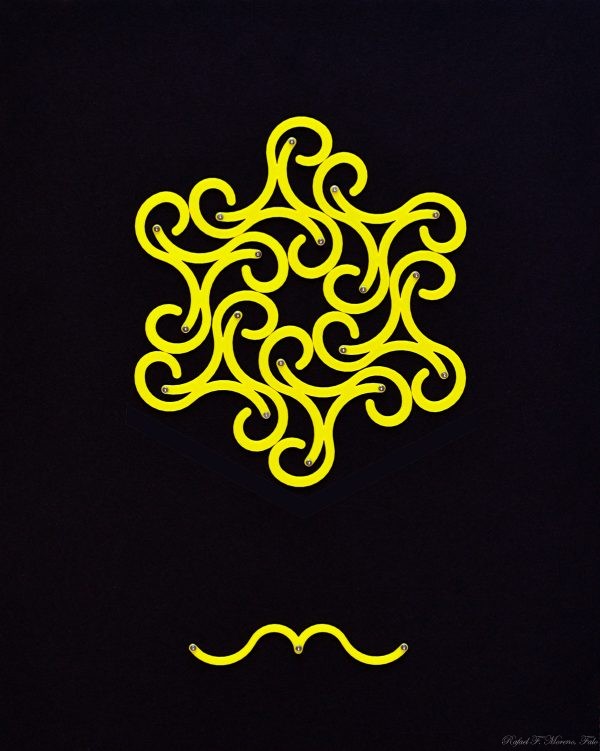 Where My Interest For Entropy, Art And 3D Printing Took Me

This is the latest in my work and investigation on 3D printing. Specifically, I came to this style trying to explain what entropy is. I made a comic-like design in which I used 3D printed elements to describe a system in equilibrium, with entropy reducing everything to chaos. To graphically describe chaos, I designed a curvy element as a building block that then, I divide in four to be able to depict chaos. Once I finished the description of entropy and its effects on a system in equilibrium, I had a bunch of colourful pieces left over from depicting chaos. Playing with these leftovers I found that I could create fascinating works of art, therefore proving that there is harmony coming from chaos.

These works of art constitute what I call “a colour symphony of four notes and one silence”.

The comic-like I refer to can be seen in the first image of this page: on the left there is the system in equilibrium, that I designed in a defensive stand, protecting itself from the advancing grinding wheel that represents entropy, and on the right, there is the chaos that entropy leaves behind her, no matter how defensive the system in equilibrium may be. You can also see clouds in the sky and a plane, flying with a guy in a window; this is Mitchell Feigenbaum, physicist, studying chaos theory in the clouds.

The second image on this page is the four notes and one silence that will compose all the other images and then some.